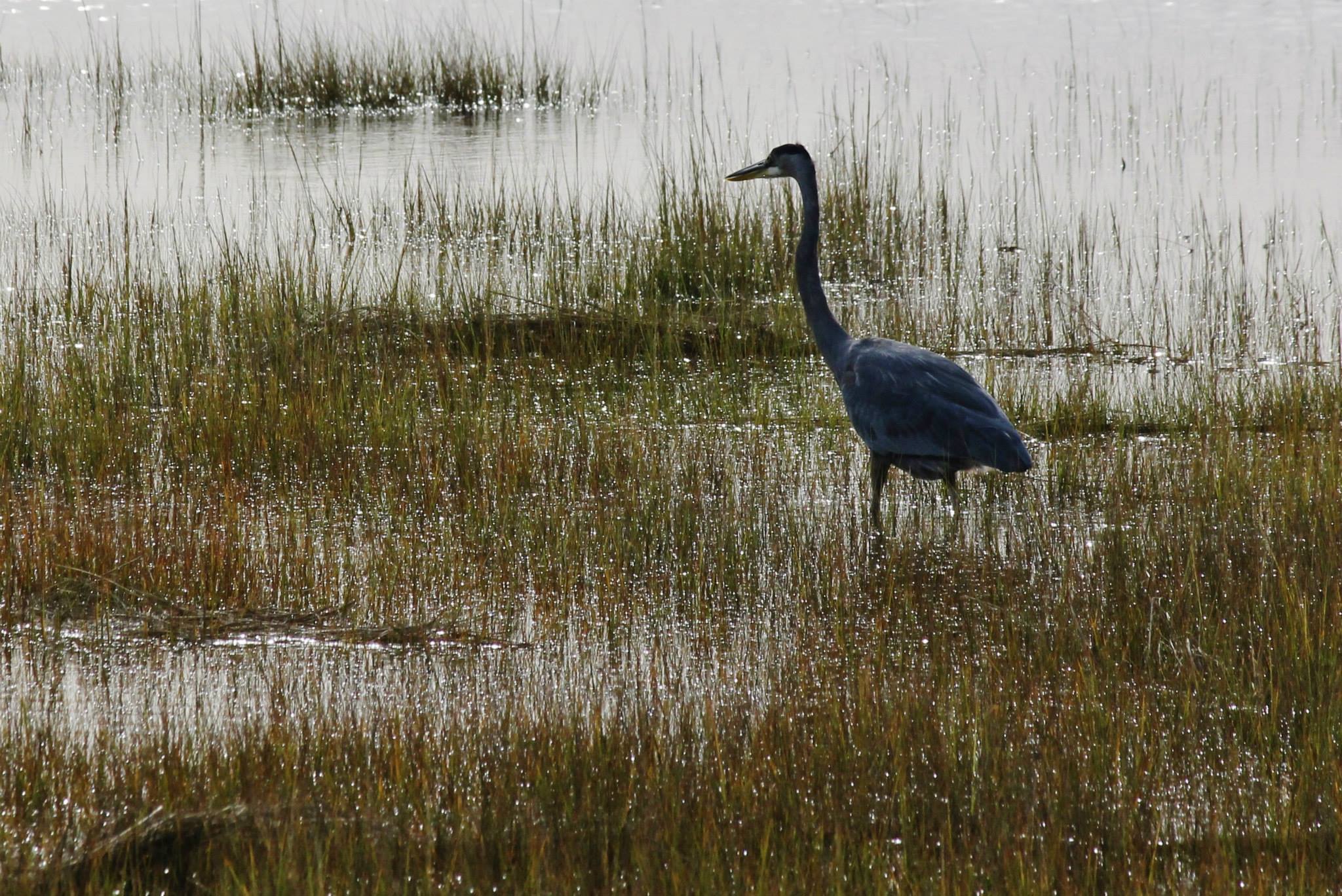 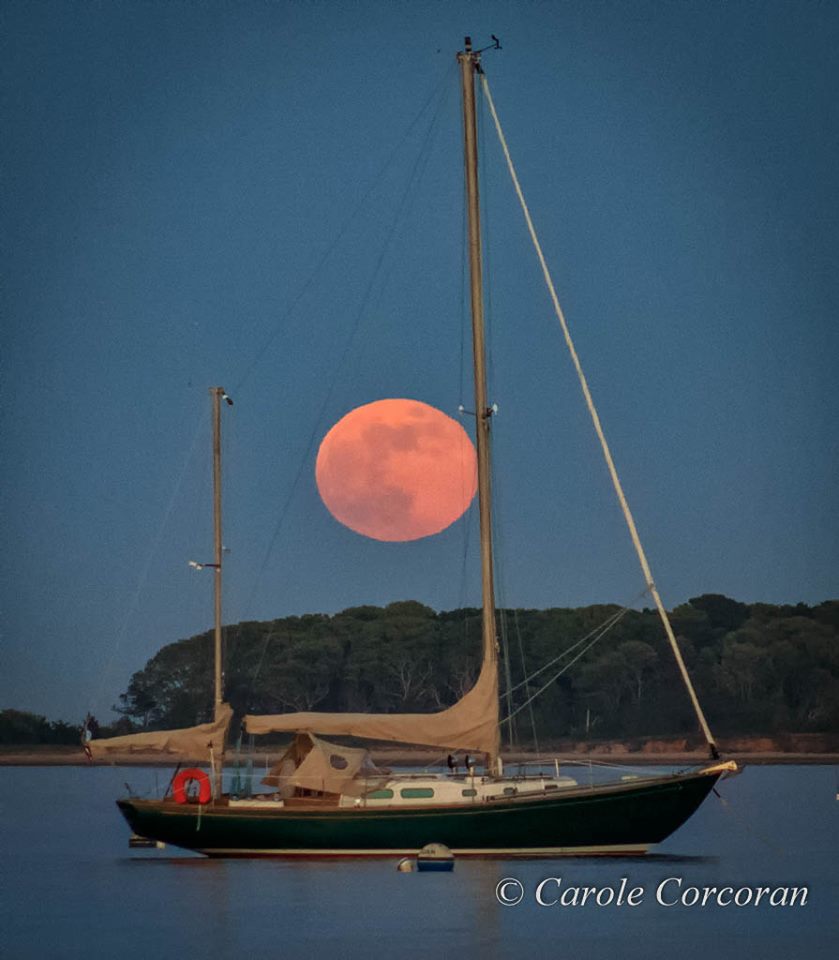 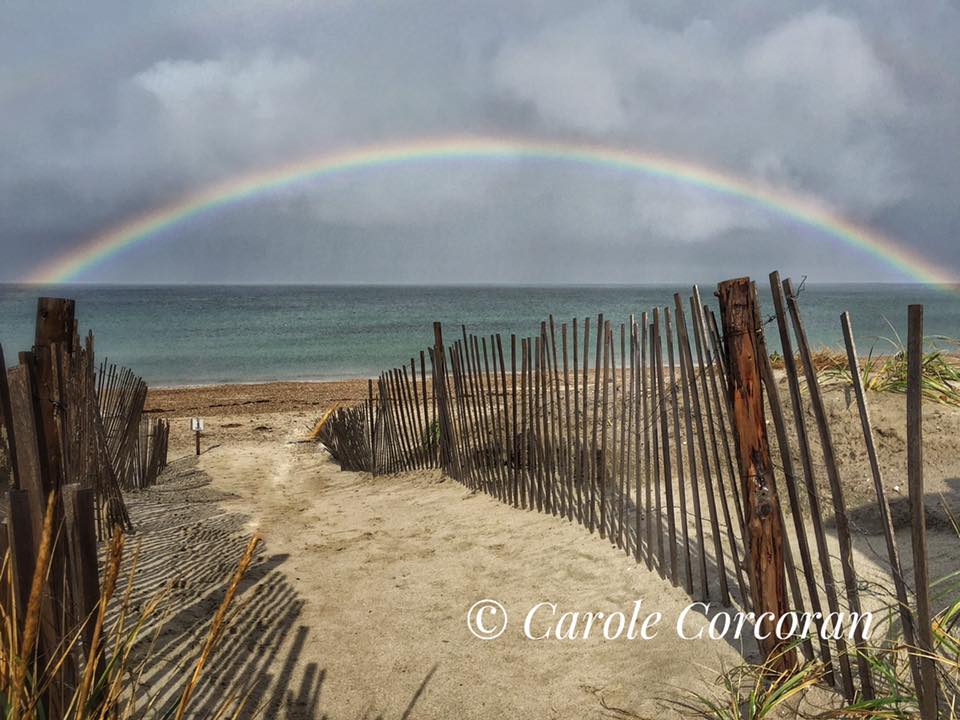 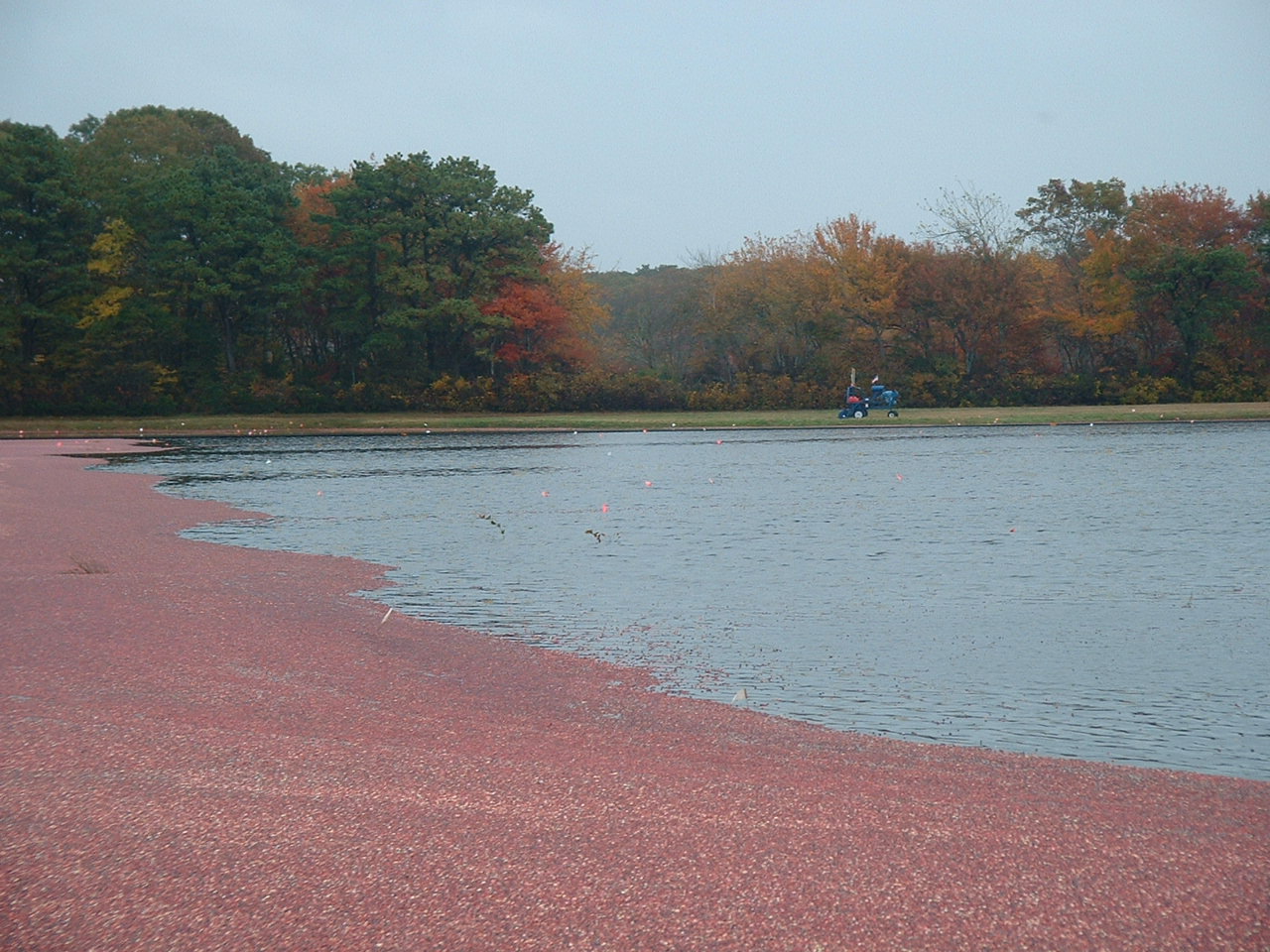 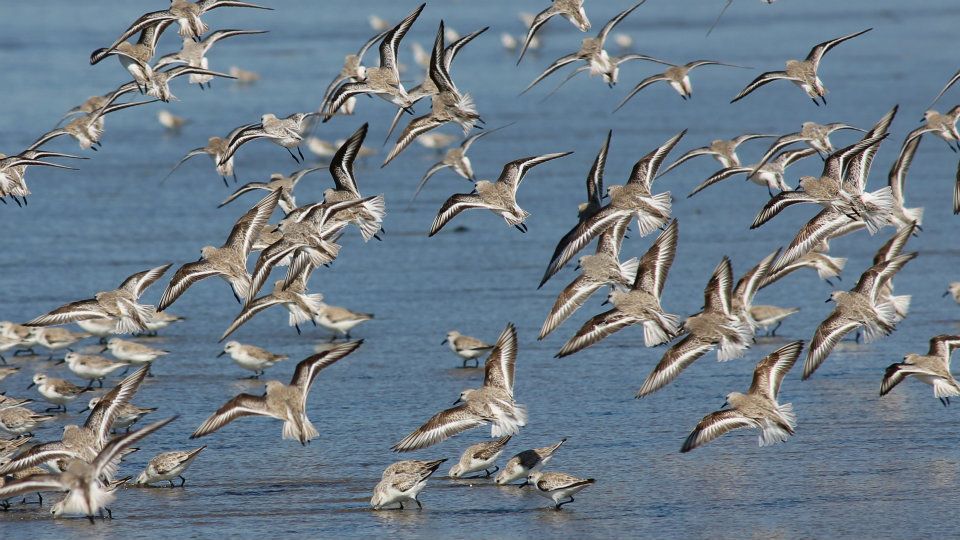 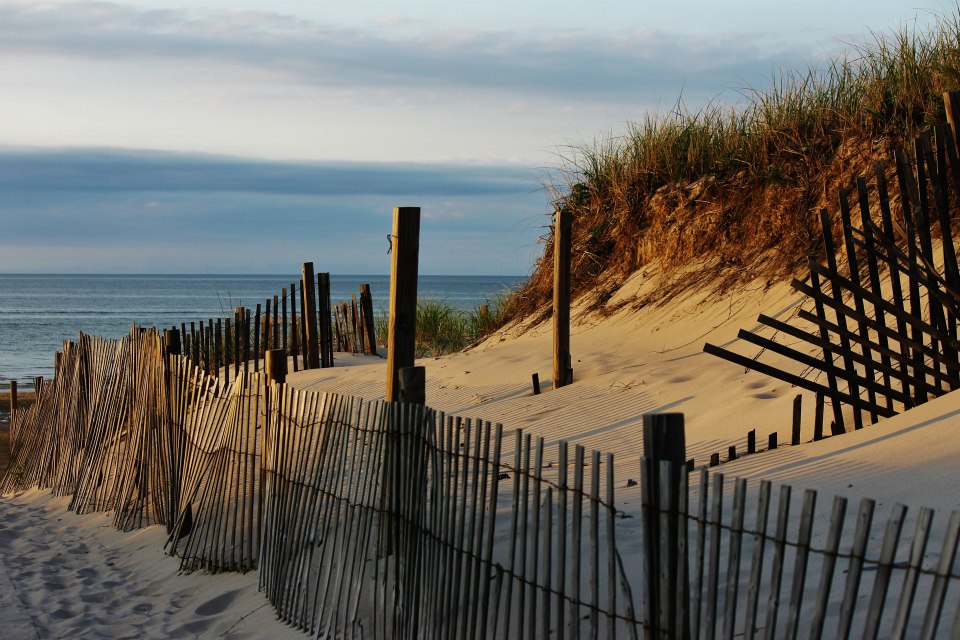 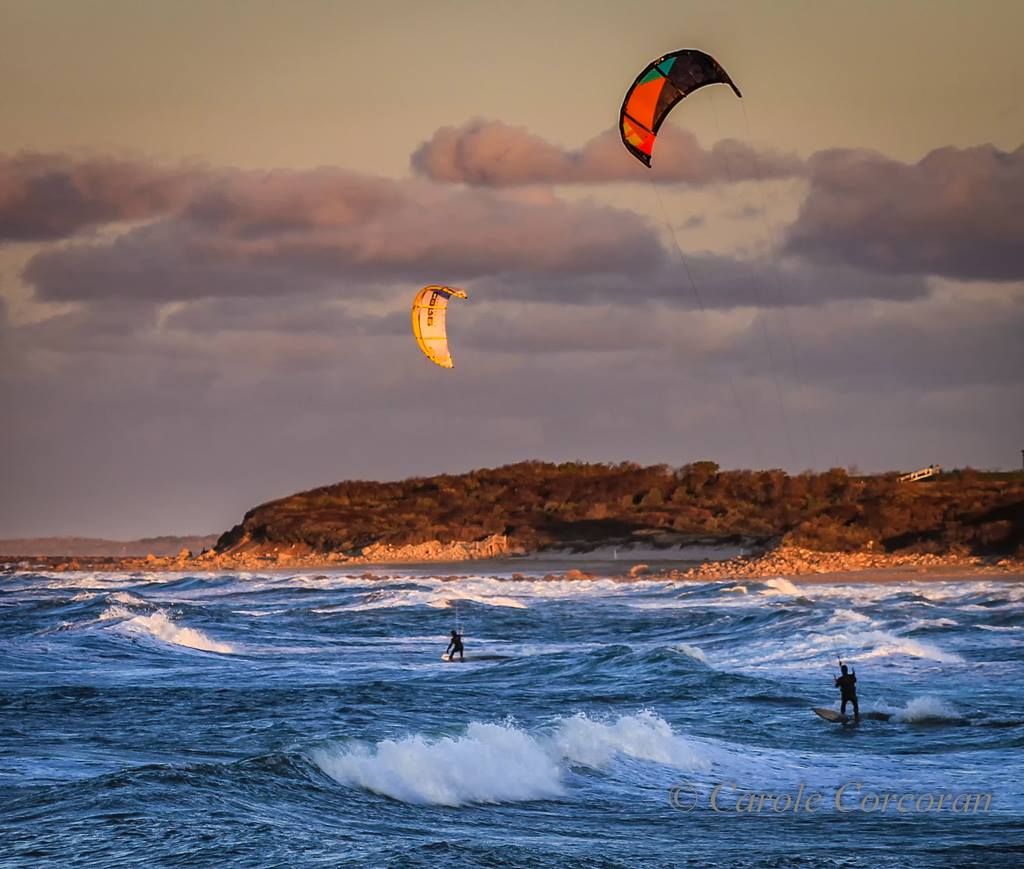 May 05, 2014 by Amanda Murphy Exercise Exercise

I recently put together a new class titled “What’s so Fun & Funny about Aging? A Holistic Perspective.” It’s a look at some common myths about aging and offers some empowering strategies that can be used to make the process more enjoyable and healthier. One of the major concerns we face as we age is that of declining memory and what we can do to prevent an even more serious memory disorder – Alzheimer’s Disease.

In his best-selling book “Grain Brain” neurologist Dr. David Perlmutter gives us many tips on improving brain health and preventing diseases of the brain and other organs of the body. Many of these tips involve dietary recommendations which will be the subject of another blog here. But he also talks about the importance of exercise in promoting improved memory and cognition.

Exercise, in addition to helping lower your blood sugar which is crucial to brain health, also reduces free radical production and inflammation, both of which fuel chronic disease. In addition, exercise causes a brain growth hormone to “turn on”, resulting in the growth of new brain cells – a process called “neurogenesis.” It wasn’t that long ago that we were taught that brain cells don’t regenerate – once they were gone, we were stuck with a diminished supply for life. The new science is both exciting and empowering, allowing us to alter our lifestyles for improved physical and mental health as well as improved memory!

Spring is finally arriving, a perfect time to get outdoors and start a walking program. But exercise can’t be weather dependent. Find something you enJOY (recalling that infusion of joy into your life is also health affirming). Engage in enjoyable exercise that can be done year round, knowing that exercise is just as important as nourishing your body with good food every day. Exercise can be considered part of our all-important “self-care” that we recognize as a top priority to ensure a healthier body-mind-spirit. We do not have to become victims of disease when we empower ourselves with knowledge and courageously alter our lifestyles! We don’t have time not to.

Many happy trails and memories to all!

Obesity: Is it all about food?

Most of us have been taught that obesity is caused solely by ingesting too many calories and/or burning insufficient calories. Other causes of weight gain are rarely considered or discussed by health care practitioners. What are some other causes?

So what can be done? We can start by limiting our exposure to toxic chemicals (obesogens). Buying organic produce, limiting use of plastics to store food, avoiding toxic personal care and household chemicals can all help. We can also limit, reduce of avoid unnecessary medications by conferring with our PCP and bypassing OTCs, opting for healthier lifestyles instead. Diet is extremely important here – avoiding or reducing sugar, processed and other high glycemic foods, alcohol, and trans fats while adding Omega 3 fish oil and a high antioxidant diet (lots of fresh, whole veggies and fruit.) Stress reduction is also critical to lower the body’s production of cortisol and Insulin which leads to appetite stimulation and fat deposition. While obesity is not all about food, choosing a healthier diet can reduce the risk.

I like to think of “holistic” as inclusive of not only the well-known trilogy of body, mind and spirit, but also of the “whole” picture of a health and wellness topic, in this case nutrition. Very often nutritional articles will discuss one component of nutrition but will leave out facts which would help the reader connect the necessary dots toward a fuller understanding of the many factors that contribute to healthy eating.

One such example is the attention that has been given to calorie counting at the expense of true nutrition. While cutting calories can lead  to better nutrition by eliminating unhealthful (and calorie-laden) foods, the focus is usually on “calories in/calories burned” for anticipated weight loss rather than the nutritive or fat-producing value of those calories. We now know that not all calories are created equally – many processed foods cause fat deposition due to the surge of insulin and lack of natural fiber.

Calorie counting led to the current crisis of a “low fat” mentality erroneously touted as healthful several years ago and still ingrained in the minds of many. Low fat foods came at a cost: Increased sugar was added to foods and necessary, “healthy” fats were eliminated along with some unhealthy fats. Today we recognize the importance of foods high in healthy fats for both nutritional content and satiety value. Added sugar and processed carbohydrates actually made us fatter by stimulating fat-depositing insulin as well as appetite-stimulating hormones!

Another example of incomplete nutritional information is the focus on the proposed new food labels. The concern here is to display in bold letters just how many calories per serving the food contains, noting that serving sizes will also be more prominent. The only other change will be that the addition of sugar will be listed. These are pretty lame changes for a country that is seriously overweight and undernourished in the land of plenty!

Perhaps a more thoughtful and useful approach would be to have labels more prominently display all of the ingredients, including which ingredients are genetically modified. Going a step further, labels might also include “warnings” similar to those found on cigarette packages to alert us to the dangers of GMOs, trans fats, hydrogenated fats, high fructose corn syrup, sugar, sodium, preservatives, etc.

Another pitfall to avoid: Don’t be fooled by labels on the front of products that scream “No Gluten”, “Wheat and Soy Free!” or even “Organic” since organic, while preferable to non-organic since it confers a non-GMO product, can also be a highly processed, unhealthy product. The front labels are designed by marketers to confound us, leading us to believe that something which is nutrient lacking is actually “healthy.”

Personally, I favor Michael Pollan’s advice in Food Rules: Don’t eat anything with more than 5 ingredients and don’t eat anything that your grandmother wouldn’t recognize as food. An even better “rule” might be to avoid most everything that comes with a label, opting instead for real, whole foods!

Stress management is a basic daily requirement in this age of faster, busier, more competitive, plugged in, and dis-connection. Stress has been defined as any change requiring adaptation by the body-mind. If acute, the fight or flight syndrome kicks in to protect us; if chronic, however, stress hormones lead to disease.

The flight or fight response refers to the state of hyper arousal that occurs with an acute stressor – the perception of danger. While evolutionarily designed for our survival, allowing effective reactions to physical threats, its overuse, due to thought patterns which continuously perceive threat, leads to chronic stress with resultant negative health effects.

Stress hormones, released into the blood stream during a real or perceived danger cause elevation of blood pressure which can become chronic. Cortisol causes increases blood sugar, making us prone to insulin resistance, diabetes, and obesity while depressing the immune system, leaving us prone to a wide variety of diseases.

The science of psychoneuroimmunology demonstrates how our minds and bodies are intimately connected, allowing the immune system to “hear” everything we think. Our beliefs, thoughts, attitudes and values, all of which are often formed and conditioned in childhood, affect the release of stress hormones with their deleterious effects on the immune system. Taking steps to effect positive change through challenging our thoughts and beliefs can reduce our risk of illness. Research has found that some people, scoring high on standard stress rating scales, remain healthy while others succumb to disease. It was discovered that those with a “stress hardy personality” remained healthy due to three attributes which can be developed in all of us: commitment, control, and challenge.

Also, changing one’s attitude can be an enormous benefit to health as we perceive events in a different light. Seeing crisis as opportunity, for example, is a major shift away from the “awfulizing” that often occurs when we perceive events as catastrophic. (Studies have shown that it is the meaning we ascribe to an event that determines our response and our ability to cope.) Other stress reduction techniques include the use of laughter, diet, music, exercise, presence, journaling, “venting,” and massage or bodywork. Stress management, undertaken with these and other techniques, can be quite enjoyable as we learn to decompress while engaging in activities we love!